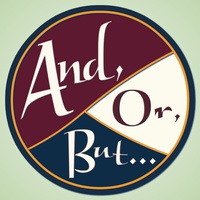 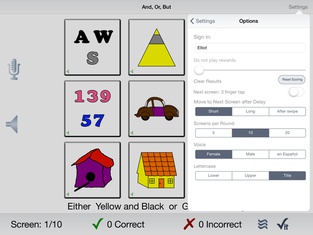 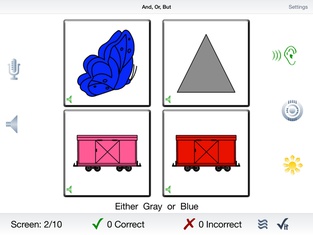 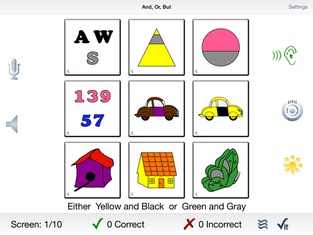 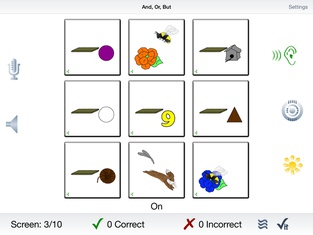 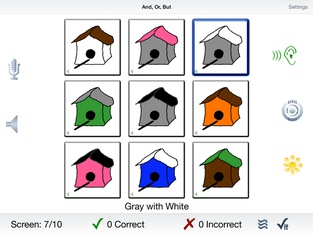 The Introduction level has two items on the screen. The objective for this level is to get the user comfortable with the tasks. The items on the screen are simple squares, circles, and triangles. In the Introduction level, the user gets immediate feedback on whether their choice was correct or incorrect. There are seven tasks for the user to complete. They will be discussed below.

The Beginning level has four items on the screen. In this level, there is only one target but there is more variety in the kinds of items that are displayed on the screen. We also introduce the Check It button. In this level, and all higher levels, when the user taps on an item, the frame turns blue. The user must now complete the second part of the task, checking their answer. If the answer is correct and no incorrect items are highlighted, the frame of the correct item turns green. After a short delay, the next set of pictures is presented.

In addition to the four levels, the game has seven tasks. The first task is the And, With task. The user is asked to pick the item that has two colors in it. The word connecting the two colors will be either “and’ or “with”. Sample prompts would be either “Show Me Red and Blue” or “Show Me Red with Blue”.

In the Qualitative, Quantitative, and Spatial Relationships tasks are fairly straightforward. The user is asked to find the large or small item on the screen, the frame with “Few” or “Many”, or whether an object is “Above” or “Below”, at the “Top” or “Bottom”, or “Left” or “Right”.

The Or task is a bit more difficult than the other tasks. In this task, the user hears the colors of two objects, but is asked to pick only one of them. The first two levels introduce the concept of one or the other but not both, with single colors. In the higher levels, the prompt contains two colors. Sample prompts would be either “Show Me Red and Blue or Green and Blue” or “Show Me Black and Purple or Green and Blue”.

In the Negatives task, the role of target and foil is reversed. The user is asked to select all of the items that do not have the specified attribute. Sample prompts would be “Show Me Not Red and Blue” or “Show Me Not Green with Purple”.

The Challenge task has two parts. If the user has selected the Introduction or Beginning level, they are presented with screens from each of the other six tasks. Unlike what normally happens in these two levels, the groups are randomly selected for each item, so the kind of items on the screen may all be different. If the user has selected the higher levels, they are presented with tasks that combine concepts that were learned in the earlier tasks and have more confusing foils.
more hide
Provider
Learning Fundamentals, Inc.
Category
Games, Education
Compatibility
Requires iOS 8.0 or later. Compatible with iPhone, iPad, and iPod touch.
Languages
English
Age
4+
Copyright
© Learning Fundamentals, Inc.
Price
5.99 $