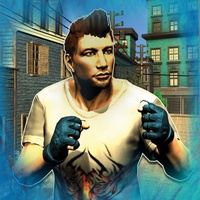 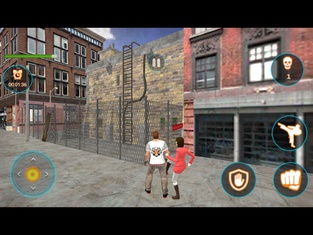 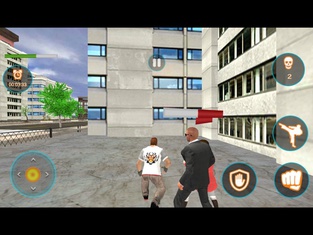 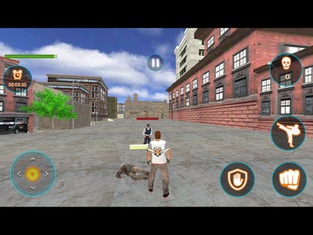 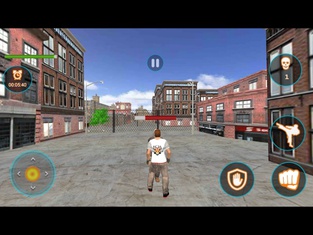 Mr jonh is an ex mafia godfather, a hitman, a real don. Even an extreme high security operation against mafia crime lord in the city once he planned a grand robbery to steal cash, guns and drugs from banks, parking drivers and other gangsters. In those days the police and army security was high alert in city due to racing and stunts tournament in city. The extreme racing championship against cycle, jeeps, trains,cars and motocycle were held so there was many security cameras everwhere to arrest the maifa gangs but jonh decided to take risk to become superhero in performing evil criminal duty to accomplish the ultimate mafia crime lord status in mafia underworld and serve with loyalty and dignity. He was talented man and take part in racing game, He participate in cycle racing do some quad stunts in streets, and try to steal extreme racing car but fail. Finally he succeed to stel guns, drugs, cash, purse and try to take all these things but unfortunatly caught by us army when he was parking his crgo truck. After that day he decided to leave this mafia criminal life but other mafia gang companion become angry with him. Professional mafia gang have planned to kidnap his all family jonh is very worried about angry mafia planning so prepare yourself to help jonh to get rid from this angry mafia gang.

Win Street mafia fighting to become true superhero. Super power of 2017 will be shifted to you

Protect the innocent family from mafia gang. Build up a gangster squad skills to take over Vegas and win mafia wars. Hunting down these mafia criminals are not so easy in vegas. Play an ultimate action packed shooting gangwar in a stealth mode like a police hero. Run, Fight & shoot to stop different criminal activities including robbery, clash, assassin, agent killing, theft, war and much more in this mafia angry game. Play Brave new blood criminal thrilling adventure against gansters which are planning for great crime threat for the city before the police squad cars arrive.Equip yourself with countless lethal weapons and rare armor sets with Martial Arts techniques! Crush your enemies, humiliate devil bosses with techniques to kick, punch, jump, and slash your way to victory. It is an action packed frontline war game. Shoot and kill your enemies with modern techniques of 2017. Plan for extreme escape missions. Meet other notorious grand mafia criminals, crime lords, fight the brutal targeted missions, Escape from the inescapable Vegas angry gang chase and use your driving and parking skills to help john.

ABOUT US:
We provide entertainment with responsibility to maintain quality. We always welcome feedback and comments. You are requested to review and comment so that we can make games better for our valuable players.
Please remain intact for updates. For more information,
http://kaizentechstudio.com/
https://www.facebook.com/kaizentechstudio/
more hide
Provider
muhammad ramzan
Category
Adventure, Games, Entertainment, Action
Compatibility
Requires iOS 7.0 or later. Compatible with iPhone, iPad, and iPod touch.
Languages
English
Age
17+
Copyright
© muhammad ramzan